A Three Step Plan for Achieving Your Goals 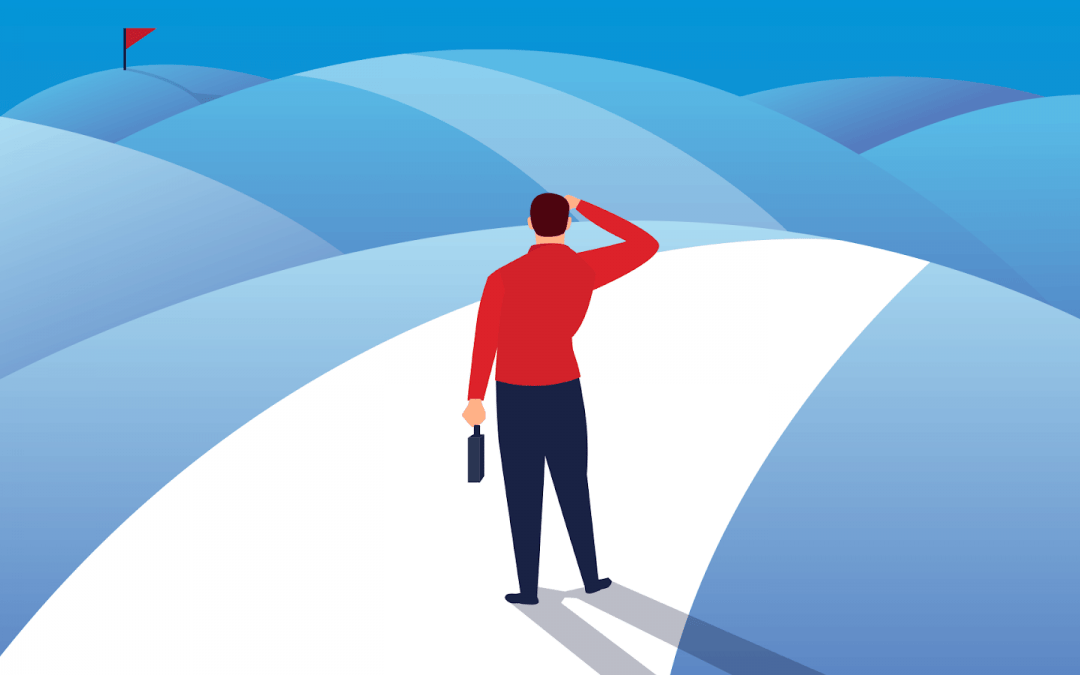 The right goal is something that is out of your reach.  It’s something you don’t know how to do.

This is important because you become a better, wiser, happier, and more interesting person when you pursue things that make you bring more of yourself to the surface. It also puts you in a position to help more people.

Once you choose your goal, however, you might start to wonder if you’re capable of reaching it. And, if so, what steps will you need to take to achieve it.

Live in a Creative Space

Before I share the steps with you, I want you to be clear on something.

Goal creation—and its achievement—is an art. It’s a creative process, and you are a creative being.

The definition of creation is simply the manipulation of energy. You’re causing one type of energy to move to a different kind of energy.

To set and achieve a goal, you must move through specific progressive steps. With each step, you’re moving energy in a direction it may never have shifted before you came along.

If you miss any of these progressive steps, nothing happens. That’s where 97% of the population lives – in that “nothing happens” space.

To successfully set and reach worthy goals, you must know two things—(1) where you want to go and (2) where you are.

Along with these pieces of information, you must weld certain principles into your personality.

Integrity is one of these principles. Integrity means honesty and truth.

Perhaps Shakespeare put it best in a famous line in Hamlet. Polonius says, “And this above all, to thine own self be true. And it must follow as the night the day – thou canst not then be false to any man.”

If you are true to yourself, you cannot be false to anyone else. If your word to live by is integrity, you’re respected wherever you go, you have what you need in a pinch, and your sleep is untroubled

This kind of truth is essential to establish where you are now. Because if you’re not completely honest with where you are, it won’t matter where you’re going because you won’t know which direction to start moving or what changes you have to make.

Here’s one of the most extraordinary things I’ve learned in my life:

When I choose a goal I seriously want (setting the right goal) and then make a firm commitment to follow the directions outlined in Step 2, something beautiful happens:

In a time that will be determined by absolute law, I will enjoy in my material world the physical replica of what my imagination first presented to my consciousness.

“When I examined myself and my methods of thought, I came to the conclusion that the gift of fantasy has meant more to me than my talent for absorbing positive knowledge.”
–Albert Einstein

Everything that was ever created by humans began in the form of a fantasy. So, you must take the time to crystallize the image of your chosen goal and then paint that image in words so exact that a child would understand it.

Once you complete that picture—down to the last detail, you must answer, in the affirmative, the following two questions before your fantasy truly qualifies as a goal:

Am I able to cause this image to move into form?

Am I willing to pay the price that must be paid to turn this image into physical form?

Although you may take the time right now to go through Steps 1 and 2, if there is no firm and irrevocable commitment to carry through with all of your plans, a year from now, everything will be much the same as it is right now.

There have been all kinds of beautiful things written about the necessity and the power of commitment. Still, I don’t think anyone has said it better than W. H. Murray in The Scottish Himalayan Expedition:

“Until one is committed, there is hesitancy, the chance to draw back, always ineffectiveness. Concerning all acts of initiative (and creation), there is one elementary truth, the ignorance of which kills countless ideas and splendid plans: that the moment one definitely commits oneself, then Providence moves too. All sorts of things occur to help one that would never otherwise have occurred. A whole stream of events issues from the decision, raising in one’s favor all manner of unforeseen incidents and meetings and material assistance, which no man could have dreamt would have come his way.”

From Ordinary to Extraordinary

Throughout history, men and women have come from very ordinary backgrounds to achieve something remarkable. They set out with nothing but a dream in their mind and accomplished something extraordinary.

It would appear that these individuals, by some emotional or capricious God, have been endowed with special powers.

However, when we seriously study their backgrounds, we find they’re the same as you and me. What made them different were the decisions and the commitments they made.

One example of such a person is Hedy Lamarr.

Born in Vienna to parents who enjoyed a reasonable level of success, Hedy showed an early interest in acting.

With nothing but an early childhood education, Hedy made her first renowned film at 18 and married a military arms merchant (the third richest man in Austria) at 19. A year later, she fled their home in the middle of the night on a bicycle and fled the country from the invading Nazi regime.

Though the marriage was a ruin, its short timeframe proved the game-changer in Hedy’s life. While she had accompanied her husband to meetings with leading scientists and engineers, she discovered a new love and fascination for science and technology.

Shortly after arriving in London in 1937, she managed a meeting with the head of MGM. A month later, people in Hollywood were billing her as “the most beautiful woman in the world.”

While she landed in the close-knit circle of Hollywood celebrity, one of her closest friends proved to be Howard Hughes, who provided her with equipment to work on inventions in her trailer on set.

While acting came easily to Hedy, inventions proved even easier. She improved traffic stoplights and implemented a more streamlined shape to Hughes’ airplanes. Then, she learned that radio-controlled torpedoes could easily be jammed, so she came up with a “frequency-hopping signal” idea to avoid tracking and jamming.

However, Hedy didn’t call a scientist or an inventor to help her create the design. She called composer and pianist George Antheil.

Hedy said, “It occurred to me that radio frequencies are carried in waves through space just like melodies. That’s why I called a composer.”

Inspired by the perforated paper that controls player pianos, the two developed a mechanism that synchronized with radio signals. It was patented in 1942.

Initially, the U.S. navy ignored it because they were not receptive to inventions created outside of the military. Its engineers rediscovered the patent in the mid-1950s and, just before the Cuban crisis in 1962, the invention was put into play as a radio guidance system for Allied torpedoes.

Later, the invention proved the very seed that led to today’s Bluetooth, GPS, and Wi-Fi.

Go Where You’ve Never Gone Before

Goals are essential to becoming wealthy, creating or expanding a business, and achieving personal fulfillment. They can take you out of the ordinary and propel you into the extraordinary.

Now that you are aware of the three steps for turning your goals into reality, what do you plan to do? What changes will you make as a result of what you’ve learned?

One of the most basic and yet dynamic laws of life is “Create or Disintegrate.” Every expression of life is continuously moving in one direction or the other. Either you are improving the quality of your life, or you are reducing it.

The choice is yours — it is a decision only you can make! 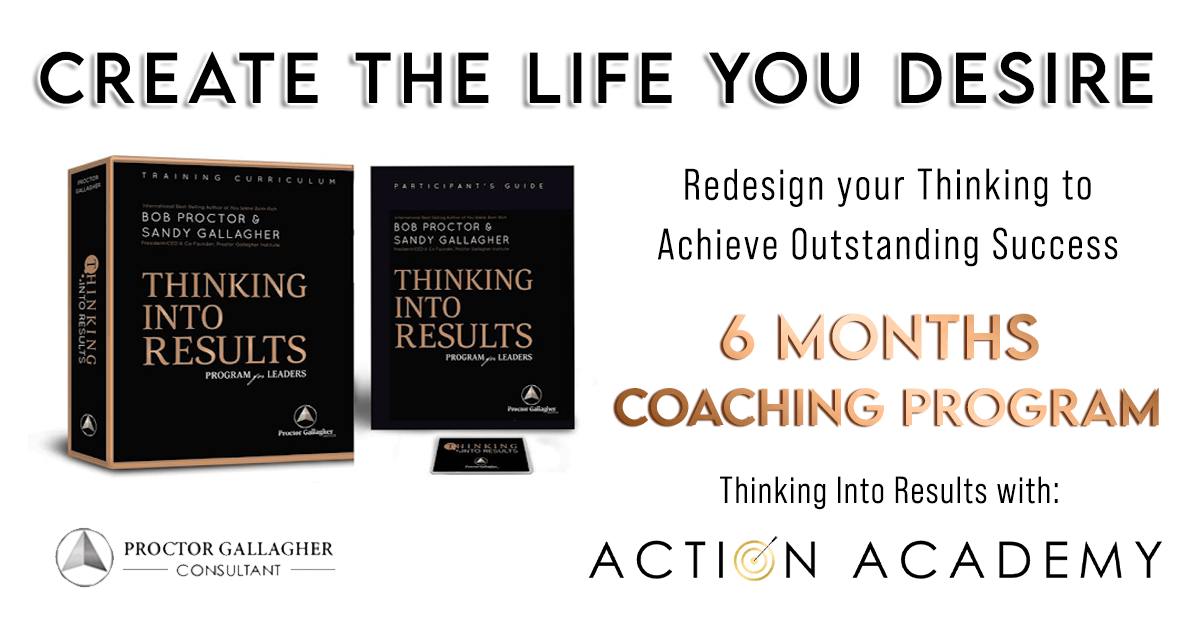